The mission of the National Advisory Board (NAB) of Epsilon Gamma Iota., Inc. is to serve and assist our membership of Epsilon Gamma Iota Incorporated by equipping and empowering the engineering community with professional training and knowledge of technical matters relating to engineering, engineering technology and computer science. The National Advisory Board’s goal is to foster an inclusive environment of community service and academic enrichment for breakthroughs in scientific disciplines by focusing on education, national programs and services in accordance with the purpose of the Fraternity and the Family.

The National Advisory Board holds a 2 year term. These are the current 2021-2022 NAB members… 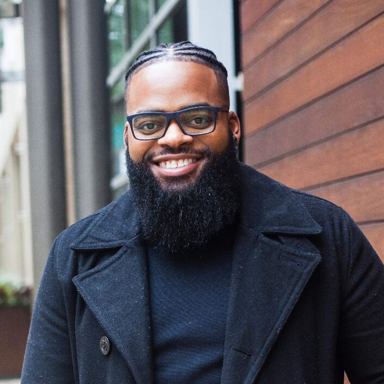 John Nicklos II, a native Houstonian, is a graduate of the University of Houston Bauer College of Business, where he received degrees in Entrepreneurship and Marketing through The Wolff Center for Entrepreneurship. In addition to his achievements at the University of Houston, John studied Electrical Engineering at Prairie View A&M University where he worked in project management, project controls and quality assurance for Bechtel and Boeing. He has over 15 years of experience in business, leadership, sales, and operations. He has successfully built 15 companies from the ground up, four of which are nonprofit organizations. 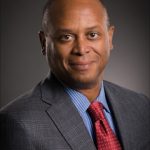 Edwin graduated from Prairie View A&M University in 1993 with a B.S. in Mechanical Engineering, entering Alpha chapter of Epsilon Gamma Iota, Inc. in Fall 1988 while in undergrad he held the position Assistant Membership Chairperson in Fall 1991. Edwin joined Epsilon as a way to establish a sound foundation as an engineer, while attending PVAMU, Edwin also served as Vice President in the National Society of Black Engineers and Vice President of the American Society of Mechanical Engineers. After graduation Edwin was commissioned as an Military Intelligence Officer detailed to the US Army Chemical Corps, serving in both Korea and Kuwait. Currently, Edwin is a cybersecurity leader in one of the world's largest global supply chain companies.

As 1st National Vice Edwin’s goals are to execute the National Director's plan in conjunction with ensuring Epsilon Gamma Iota in the world's premier Social and Service Engineering and Architecture Organization. 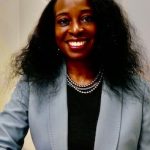 Allysia is originally from Houston, Texas. She began her college career at the esteemed Prairie View A&M University Summer 1988. She majored in Chemical Engineering. Allysia has been a proud member in various organizations on campus which has only made her love grow for the university. She joined the Alpha Chapter in Fall 1988.

As National Director Undergraduate and Graduate Affairs, Allysia plans to construct a bridge between undergrad and NAB. She also would like to integrate order and procedures to pass onto the generations to come to make transitions easier in an attempt to build upon the legacy of this great organization 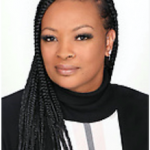 Sitrina Davis, a Houstonian, is the current National Advisory Board Secretary.  She became an Alpha Chapter member in Fall 1991. A graduate in Chemical Engineering, Sitrina currently resides in Perrysburg, Ohio as a Process Development Engineer for BP. Sitrina also serves as in leadership roles for BP's local Business Resources Group, and is very active in National Society of Black Engineers (NSBE) Alumni.

The recording secretary responsibilities include: 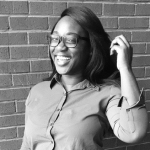 Samiria Percival has always had a passion for driving new membership. Alongside many other positions, she served as the Alpha Chapter President, New Membership Chair for two consecutive years; as well as, a term on the National Advisory Board as 2nd National Vice before she graduated. Not only does she have tons of experience with new membership initiatives, but she also has big plans for recruiting and membership retention. She's already making her mark by innovating the current training sessions and adding value to our membership by incorporating member-only incentives and perks.

Samiria’s major goals throughout the duration of her term is to spread the radiant light. Samiria believes that they key to growth is a solid foundation. She feels that with a solid core the light of Epsilon will radiate to great depths.

The Director of New Membership is to oversee the Membership Intake Process (MIP) activities of the undergraduate chapter, ensuring they meet National standards and remain in good standing as outlined in the National Bylaws of Epsilon Gamma Iota, Inc. and by the associated university/college. 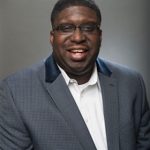 Roosevelt a Fall 1992 graduate in Mechanical Engineering from Prairie View A&M University, became a member of Epsilon Gamma Iota, Inc. in Fall 1987. Roosevelt joined Epsilon for the networking opportunities as well as to become a part of a family of like minded and goal oriented individuals.

During Roosevelt's undergraduate studies he held the position of Treasurer of Alpha Chapter; as well as, a writer for 'The Panther' Newspaper. Roosevelt has also served a Prairie View A&M National Alumni Association Treasurer. A native of Killeen, Texas, and highly engaged engaged alumnus, Roosevelt is an Associate Vice President for Black & Veatch.

Roosevelt’s main goal as Treasurer is to compile accurate records documenting all transactions and dues paid in an easily accessible manner available for future treasures.

The treasurer responsibilities include: